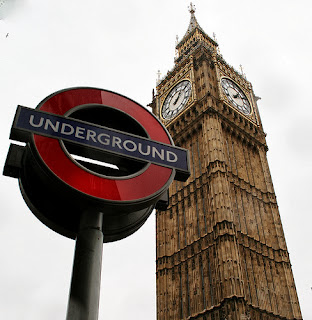 
At the end of August, I presented "The Case for Life" to 200 students ranging from grades 7 to 12. The presentation went well — it was the hour following it, during which students approached me at the front of the auditorium to ask their questions or offer their thoughts, that was nothing short of running the gamut.
I was reminded how very important it is for us, Christ's ambassadors, to be slow to speak, slow to anger, and — above all — to listen well.
I was reminded that I need to ask daily for God to grant me wisdom:
• For the young woman whose anger flared when I didn't answer her question the way she had planned;
• For the young man whose sharp and clever mind took meticulous notes and who came to me with a list of nine probing questions on his paper, and — though he expected each to undermine my argument — was mature enough to carry on a wonderful, 30-minute conversation;
• For the girl whose half-hearted question didn't even make it past her lips before she began to cry.
Each of these encounters could have easily been handled badly. I pray that what I said and did (all the while pleading with the Holy Spirit for help) was received as God intended.
As an advocate for life, you will run into encounters just like the ones above.
As for the first, the young woman was offended by the case I had presented. She attempted to undermine my argument with a personal attack.
You may be tempted to become angry, as I was — Don't. Rather, remember Jesus and his encounters with the Pharisees. There are times when the truth is offensive to some. That is no fault of yours or mine. It simply is.
In this particular scenario, I had an audience, so I felt it was important to point out, as graciously as possible, that her objection did not undo the case I had presented.
She left before I could ask why she seemed so angry. I wish I had had that opportunity.
The young man was a skeptic, probably not a Christian, and was obviously very bright. I got the sense right away that he gives his teachers a run for their money on a regular basis.
But I also got the sense that he was honestly grappling with some of the ideas I had presented, and that, if tempered with maturity and the Holy Spirit, he may one day be a mighty defender of Truth for the Kingdom.
With individuals like this, if you have the time, it is good to patiently handle each objection as it comes. Let your mannerisms set the tone for the conversation. I chose my words and posture carefully so that the conversation became as one between teacher and pupil. Even so, I had the sense that this young man needed to be treated like a young man and not as a child (which is usually the case when it comes to this age group).
The last encounter was one that ripped through me more than the others. It's the encounter you are certain to have if you regularly make the case for your pro-life views. It's the young woman who has just learned the hard truth about the decision she made in the not-so-distant past.
She tried to point out that the unborn have no memories, no conscious thoughts like we do, so doesn't that make them different? It would be worse, she said, to take the life of a toddler because it would be harder somehow. And then she began to cry.
Intellectually, it would have been easy to ask why memories or consciousness make someone more valuable and deserving of a right to life. What about those with amnesia? Or in a coma?
I could pointed out that her second point — that taking the life of a toddler would be harder — begs a question:  "Harder for whom?" Such an objection is selfish, though she didn't see that at the time.
But it was clear that she didn't need my intellectual response — not yet. (I did give it to her, gently, later. Even as I pointed out that I didn't really believe those objections reflected her own views.)
In that moment, she and I needed the very same thing. The Gospel.
Because it was the Gospel that would give me the strength to keep talking, and it was the Gospel that would offer her truth, forgiveness, healing, and more love than she's ever known.
So I took her hand and told her that I could see she was in a lot of pain, and I told her about Jesus, and how He has already fixed everything in the eyes of the Father if she would receive Him, and how we all need the same thing — Him. And I told her she is unspeakably valuable because of Him.
And then I did what may have been, for me, the hardest thing of all. When all of the students went back to class, I left. And I left what I had said and done in God's hands.
That's all any of us can ultimately do.