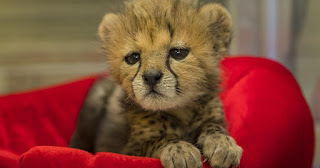 Just yesterday I was able to finish this short book by pro-life activist and apologists Jonathon Van Maren and Blaise Alleyne. For those who are not familiar with the two, they are directors at the well known Canadian Center for Bio-Ethical Reform, and Jonathon is the host of the radio-show/podcast The Bridgehead, which hosts activists, intellectuals, and authors on a variety of subjects in the ongoing "culture wars" in the modern day West. Subjects covered include sexual ethics, pornography, abortion, human trafficking, pro-life history, religious liberty, and other hot topics.

The book A Guide to Discussing Assisted Suicide is a great expansion of the role that The Bridgehead plays in training pro-life advocates to successfully and persuasively communicate their views in the public square. The book is short(about 90 pages) and can be read through in a single sitting. In the introduction, the authors point out that many people who hold pro-life views on the issue of assisted suicide have been left challenged and frustrated when it comes to communicating a pro-life ethic on the issue, which the books hopes to alleviate. Personally, I have found myself in this category, without much understanding of assisted suicide and what the underlying philosophies and arguments are. With the culture gradually becoming more accepting of the practice, Christians and pro-life advocates need to be able to graciously engage on the topic, while acknowledging common ground with those who disagree.

This short work accomplishes just that. Van Maren and Alleyne do a good job of framing the issue of assisted suicide, by pointing out early on that the key issues aren't choice, autonomy, or dignity, but is instead the issue of suicide itself. They break down the views on the issue into three areas: The Split Position, the Total Choice Position, and the Pro-life Position.

Starting with the Split Position, they point out that many of those who hold that assisted suicide is a morally acceptable and even preferable response to human suffering will in fact support limits on the ability to choose to commit suicide. They come up with a handy tactic to highlight this hesitation, called "Trotting out the teenager", an expansion of the trotting out the toddler tactic used in the abortion debate. By pointing out that many people would NOT encourage a teenager who was suffering depression to engage in suicide, the issue then isn't choice or autonomy, but instead whether or not there are people we should protect and offer help to, instead of letting them engage in self-harm.

This leads to a "reduction ad absurdum" by the authors, who point out that if we would stop one person(say, a teenager) from choosing suicide, but not someone else, then we are engaging in a form of arbitrary discrimination, by assuming that some lives have more value, and are therefore more worthy of our care and attention. When this is pointed out, many begin to see the radical implications of a "right to suicide" ethic. Personally, I had never considered this angle before, and it was a great way to get myself thinking on the issue.

The second view, "Total Choice", is a bit more radical, in that it assumes that any person, at any time, may choose suicide for any reason whatsoever. While relatively few hold this view, some do, and the authors give a way to respond to this. One way is to, again, take the view to it's logical conclusion, and show that many will try to prevent suicide in one group pf people(say, a broken-hearted teenager) but will allow or encourage suicide in another group(the terminally ill). They highlight that many, even Peter Singer, who has advocated for "involuntary suicide" will make sacrifices to aid an ailing family member or loved one.

Before presenting the pro-life ethic as the preferred ethic on the issue, the book gives a brief but shocking look at the incidents and escalation of the acceptance of suicide in countries that have endorsed the practice. From horrifying stories out of Europe, to the gradual acceptance by the elderly of thinking they have a "duty" to their children to kill themselves, so as to prevent future burdens, Jonathon and Blaise highlight the dangers of a cultural acceptance of assisted suicide, or suicide in general.

Lastly, the authors present the pro-life ethic on suicide, in that suicide should not be endorsed or presented as a valid option, but instead both compassion and loving care are the obligations we owe to the suffering. The authors highlight several medical institutions to aid those who are suffering, such as palliative care, dignity therapy, and other methods of healing from suffering.

Overall, the book is a handy resource for anyone who wants an introduction to the issue of suicide and assisted suicide, and in learning how to communicate their views on the issue. I'd say the book can easily be considered the "Case for Life" of the anti-suicide pro-life movement, and should be recommended reading for pro-life ethics courses. The emphasis on tactics and common ground is especially important; with methods, stories, and thought-provoking scenarios taught through the book.

Posted by Nathan Apodaca at 1:38 PM No comments: