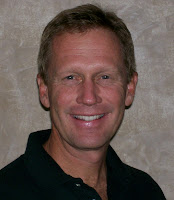 Bob brings a unique background to his defense of the Christian worldview. A graduate of the United States Naval Academy, where he earned a B.S., Aerospace Engineering, Bob served for 8 years in the U.S. Marine Corps as a tactical instructor pilot in one of the most unique airplanes in the world – the AV-8B Harrier. After his time in the Corps, Bob switched cockpits to pursue a career in commercial aviation. He now serves as a Captain for a major U.S. airline. Along the way, Bob's intense passion for Christian Apologetics led him to complete a M.A., Christian Apologetics (highest honors) at Biola University.

Bob has spoken to thousands in all age groups about a variety of topics both in defense of the Christian worldview in general, and about making the pro-life case in particular. In the fall of 2010, Bob represented LTI throughout Seoul and Daejon, South Korea where he brought pro-life apologetics to a nation with one of the highest abortion rates in the world. He has spoken at numerous high school and church groups throughout Ohio and northern Kentucky as well as on campus at the University of Cincinnati and at Cincinnati Christian University. 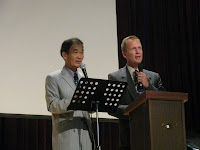 Bob is a Contributing Writer for the Christian Research Journal and has been published in Touchstone, Family Digest, Standard, Marriage Partnership, Air Line Pilot, and The Lookout. In addition to LTI, he represents the scientific apologetics ministry of Reasons to Believe, and the young adult apologetics ministry of CrossExamined.

Bob and his wife, Mary, have been married since 1985. They live in the Cincinnati area and have five sons.

You can request Bob to speak to your group through the Life Training Institute at: (719) 264-7861, or by email at: comment@prolifetraining.com.