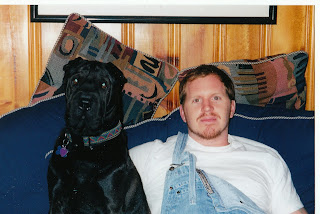 One of the keys to understanding the substance view of human value is the concept of maintaining identity through change or time. We say that humans are a substantial thing, a human being, and that our value is determined not by characteristics that we acquire or developmental stages that we reach but by our very nature. A human being is a substance that has value in and of itself. Moreover, we say that the unborn is fully human and therefore valuable in and of itself without need to develop into something more valuable or acquire traits to endow value. We are a substantial thing and that substance in question has intrinsic value.

Scott offers a basic contrast of substance and property things in Chapter 3 of The Case for Life. Substances are living organisms that maintain identity through time, while property things, such as cars and machinery do not. When I teach classes, this distinction is an important one to spend time on. If a student really grasps this idea then they are on the road to being a formidable defender to the value of human life.

The other night I was reading Volume 1 of Plutarch's Lives and was struck by a passage that I thought demonstrated this point very well. After Theseus returns to Athens triumphant in his many challenges including killing the minotaur, the people of Athens want to honor and remember these great deeds. It reads:

The ship wherein Theseus and the youth of Athens returned had thirty oars, and was preserved by the Athenians down even to the time of Demetrius Phalerus, for they took away the old planks as they decayed, putting in new and stronger timber in their place, insomuch that this ship became a standing example among philosophers, for the logical question of things that grow; one side holding that the ship remained the same, the other contending that it was not the same.

Getting beyond how funny I think it is that even in ancient times philosophers were already turning artifacts into arguments, it is a great example of the difference between a substantial thing that maintains identity through change and a property thing that does not. You see, the philosophers that argued that this was no longer the same ship were absolutely right.

Ships are constructed things. They are put together piece by piece until they are in a form that can functionally fulfill the purpose of their design. The original ship in which Theseus sailed was constructed of particular planks of woods, particular sails (which were very important to the story), and particular oars. The ship is not alive and is not a thing that is developing under its own orientation toward an expression of its nature. It is a collection of parts fulfilling purpose.

So if an oar was damaged and had to be replaced by the Athenians wanting to preserve Theseus's ship then all is already lost. Though most of the parts of the ship were in fact the very parts that cut through the waters of the Mediterranean Sea and carried Theseus back from his victory over the minotaur, the whole is no longer identical to that ship. One oar is different and so it can no longer literally be called the ship that Theseus sailed. With every further change of parts the problem compounds itself. Fewer and fewer of the components of the ship ever sailed under Theseus and an increasing percentage of the ship is comprised of planks, oars, and sails that had nothing to do with the very exploits that drove the Athenians to want to preserve the boat in the fist place. In the end, what the Athenians have is a replica of something important to them but not the thing itself.

Contrast this with my dog, Bruno. Bruno was a Sharpei that we rescued. He had been abused almost to the point of death by vicious owners who were trying to make him a fighting dog. When he failed to impress them as a killer it appears that be became a bait dog, an object of violence of the other dogs being trained to fight. The day animal control rescued him, he had been denied food so long that he could not stand up and was a mess of injuries and sores. They initially decided there was nothing left to save and that it would be humane to put him down. Then one of the animal control agents that removed him from his owners decided he wanted to save Bruno's life. The vets nursed him back to health and a few weeks later we took him home as our family pet.

Bruno suffered for the rest of his life from what was done to him, but the worst of the damage was psychological. Long after the physical signs of abuse had faded and all of the parts that had been tortured were replaced with new healthy parts that had never known the life he lived prior to coming to our home, Bruno, the substance that endured through the change, remembered. He loved my wife Trayece immediately and she was his home for the first few months as he would not leave her side. Once he finally became comfortable with me and our home it is safe to say that he never wanted to leave. The front door could be wide open and he would never consider wandering out. The world he knew outside of the walls of our home held no allure for him.

We loved him and he responded with a fierce loyalty. He remained suspicious or at best indifferent to other adults with very few exceptions but was bizarrely gentle with children. Missionary friends of ours came to visit one time, and their youngest son had some special needs from surviving being born extremely prematurely. Our fear of how Bruno would respond to the young boy grew as their visit approached, and we considered putting him away for the night. To our delight, the two played together all evening and Bruno, who could be terrifying to an adult in an ordinary game of tug of war with a rope toy, seemed to understand the limits of the boy and played exactly at the level he could handle.

And yet, to his dying day a certain combination of things freaked him out. He never overcame his insane fear of thunderstorms or stairs, but far worse was his response to a man wearing a baseball cap holding a cup. I don't know what terrible memories that combination unleashed on him, but he immediately became aggressive and agitated. We warned friends not to hold cups when they weren't drinking just to be safe. He never attacked anyone or even bit anyone in all the years that we had him, but Bruno was scary when he was angry.

Ships don't remember battles and when you replace the damaged parts of a ship the physical structure is not impacted by the past. The effects of the battle simply are no more. This is true because the ship is no longer identical to the ship that was damaged or sailed under Theseus. The ship the Athenians preserved looked like Theseus's ship, but was not. At the time of his death Bruno did not look anything like the abused dog that we first welcomed into our home, but he most certainly was. Changing parts changes property things in a way that it does not substantive things. Though the parts change, the substance endures through that change and through time.
Posted by Jay Watts at 9:37 AM