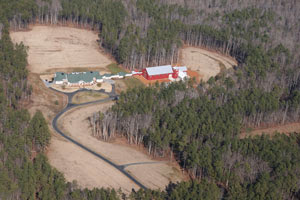 During the last presidential campaign, John Edwards frequently stated that we are living in two Americas, one consisting of those with money, and one with those that are wanting. Of course, he also believed that his embryonic stem cell policy would make Christopher Reeves walk again, but that's a separate post.

Looking at this 28,000 square foot house that Edwards is building from the money he earned from suing doctors, I wonder which America he believes that he lives in?
Posted by Serge (Rich Poupard) at 2:55 PM