Kids Do The Darndest Things [Bob] 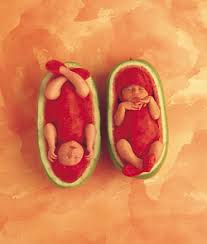 The July, 2010 issue of Scientific American contains an article that Peter Singer and his fellow materialists may find in curious opposition to their infanticidal belief system as it relates to the (so-called) personhood -- or lack thereof -- of those they see fit to eliminate. In direct opposition to earlier research that described children's thoughts as "irrational and illogical, egocentric, amoral and with out any concept of cause and effect," new studies and techniques instead "look at what babies do instead of what they say." The results are fascinating.

Without going into detail here (you can access the entire article at: "How Babies Think"), I'd like to summarize a few of the discoveries that behavioral psychologists have previously "never thought possible."

First, let's remember that Dr. Singer, in his book Practical Ethics, defends the parallel notions that newborn infants should not be considered persons until 30 days after birth and that, disabled newborns can be ethically killed on the spot by the doctor who delivers them. With that in mind, consider some of what the SciAm article reports:
But enough about babies. There is even more that has been discovered about infants:
And here's my favorite ... The author of the SciAm article (Alison Gopnik of Cal Berkeley) believes that "the most important knowledge of all is knowledge of other people." While I disagree with her -- the most important knowledge of all is knowledge of the truth -- I understand the point of view from which she makes the claim. In any case, Gopnik reports that Dr. Andrew N. Meltzoff of the University of Washington has shown that:


If only Peter Singer could re-connect with this innate knowledge that seems to have eluded him.

I have always appreciated Peter Singer for showing us the actual ends to which his naturalistic worldview leads -- speciesism, the moral neutrality of bestiality, justification for infanticide etc. Describing his views to people shocks them into considering not only the horrific conclusions to which his worldview leads, but that it may actually be wrong. But it turns out that the main premise on which he bases his justification for infanticide -- that infants are not sentient and therefore not "persons" -- is false. Newborns actually are sentient after all. They are so sentient in fact, they understand that other people are "special" to a greater degree than Peter Singer seems to.

Let me be clear. The findings reported in this Scientific American article have no bearing on the case we make at LTI. Our claim is that human beings at all stages of development are valuable simply in virtue of the kind of thing they are -- for their intrinsic value. What these newborns can do (their instrumental value) is irrelevant. I just find it satisfying to see that, even by Peter Singer's own dubious standards, his case collapses in light of the scientific evidence.